Posted on November 25, 2013 by Loren Vanderlinden 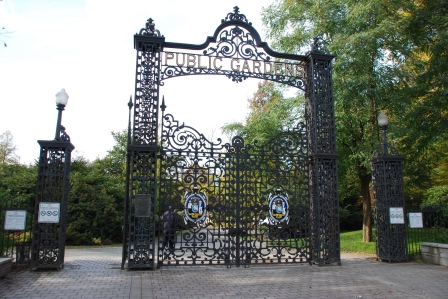 “Chronic diseases are the epidemic of the 21st century” according to Dr. Karen Lee.  “They are now the number one cause of death globally, responsible for 36 million deaths each year.  And 80% of these deaths are preventable.”

Dr. Lee is a healthy built environment expert who has worked with the Department of Health and Mental Hygiene in New York City for the last seven years.  She visited Halifax at the end of October in her capacity as a consultant to the Healthy Canada by Design CLASP Initiative that is funded by the Canadian Partnership Against Cancer.

of the four leading risk factors for chronic disease – physical inactivity and unhealthy eating – are affected by the way we design and build our communities” Dr. Lee offered at the public lecture given at Dalhousie University on October 30th.  “The health literature has demonstrated that neighbourhood designs which support walking and cycling can increase physical activity by 35 to 161%.   The use of public transit, which usually begins and ends with a walk or a bicycle ride, has also been shown to increase physical activity.”

Dr. Lee described some of the actions taken in New York City that have contributed to:

She explained that, by collaborating across sectors in New York City, the City has: 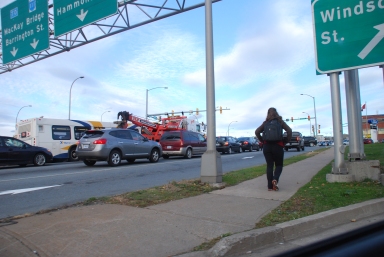 This public lecture was organized by Public Health in Capital Health as part of its work under the Healthy Canada by Design CLASP project.  Dr. Gaynor Watson-Creed, Medical Officer of Health for Capital District, noted that: “The CLASP project has given us the opportunity to cultivate relationships with the planning and transportation professionals who work with the Halifax Regional Municipality.  We are working with them in Halifax to develop policies that support and foster walking, cycling and other forms of physical activity.”